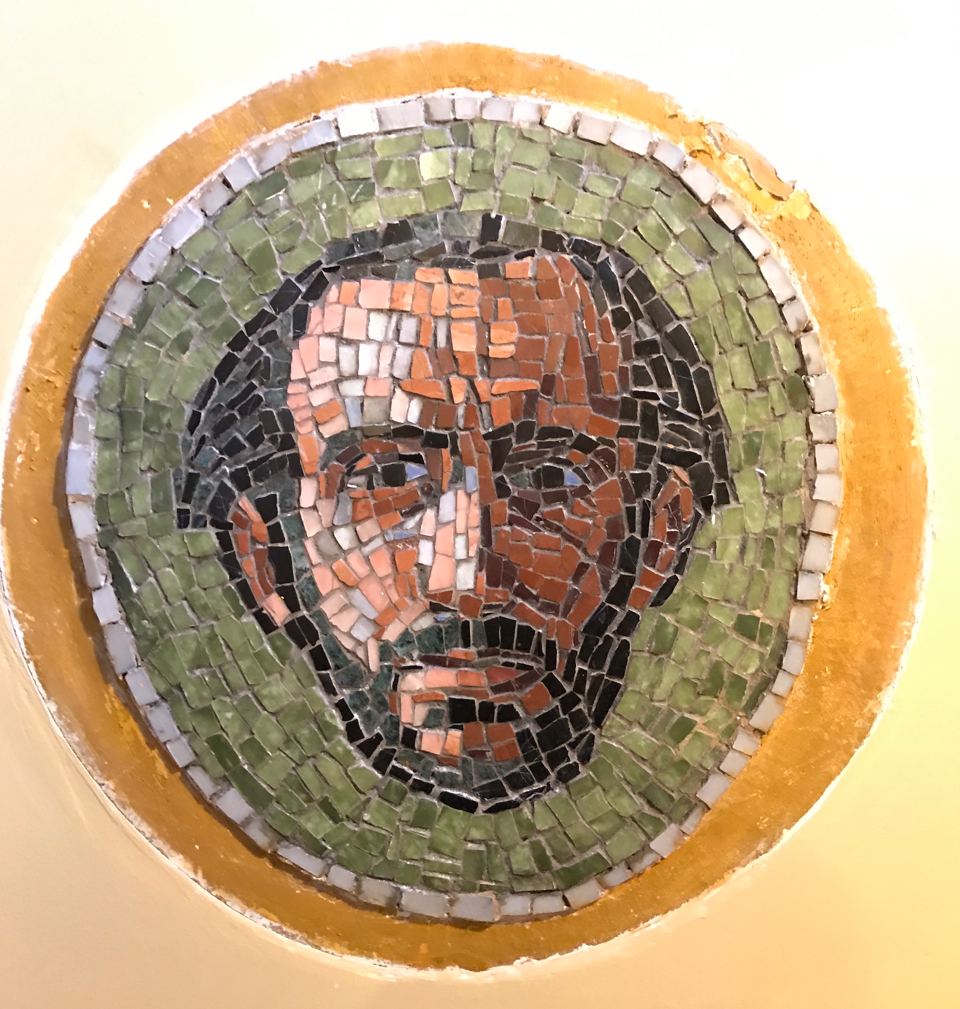 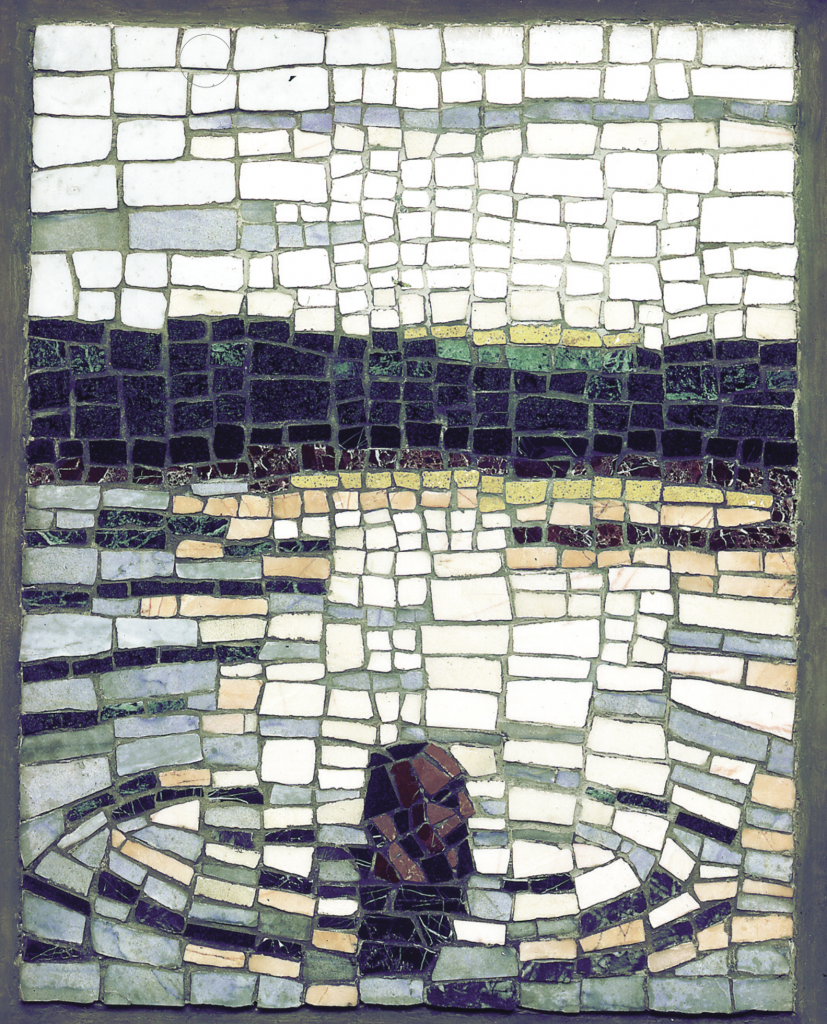 It was a natural to try mosaic at this point. My forms were squaring off and I wanted to push the tension between surface and depth even farther. Nothing gives a more impenetrable appearance than stone and I wanted to open this up and allow the eye to enter inside. I first used my own face and tried to render flesh and personality in the facets of marble. I was shortly thereafter given my first mosaic commission. This was to be a pictorial mosaic to be hung on the wall. I was determined to make it work like no other mosaic I‘d seen and want– ed it to have the depth of a painting. I was given free reign and I used a 3D photo my wife took of me in the Orinoco. I thought the water and the light would translate well in polished marble. I bought plenty of lapiz lazuli and onyx and went to work. The traditional mosaic technique is to draw out the composition first and then cut the stone. Since my approach was painterly, I worked exactly as I did on a painting. I looked and felt the subject and then tried to push the materials in response. I cut and recut and rearranged the stone hundreds of times as the spaces between the tesserae were as important as the image they created. I wanted the grout lines to create the design and sense of space. I worked and reworked the color to convey the light of late afternoon. When it was finished, the hundreds of polished facets reflected the light like a gem, emphasizing the picture plane and depth of the image. I was very pleased with the results and returned to my painting with new ideas.