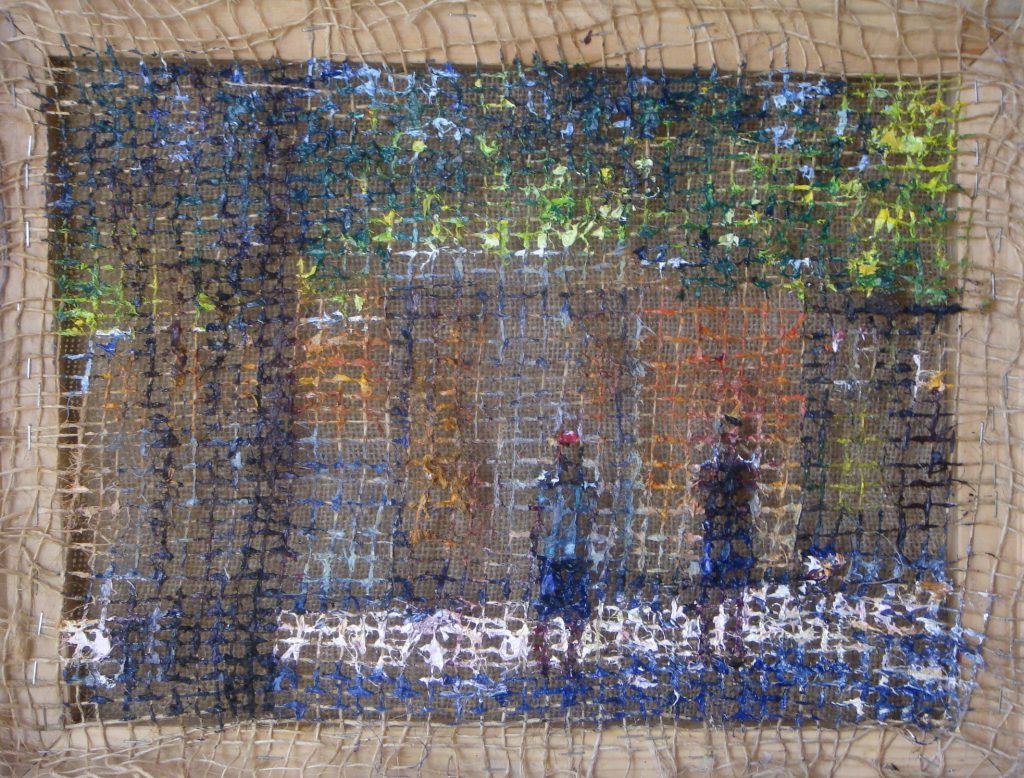 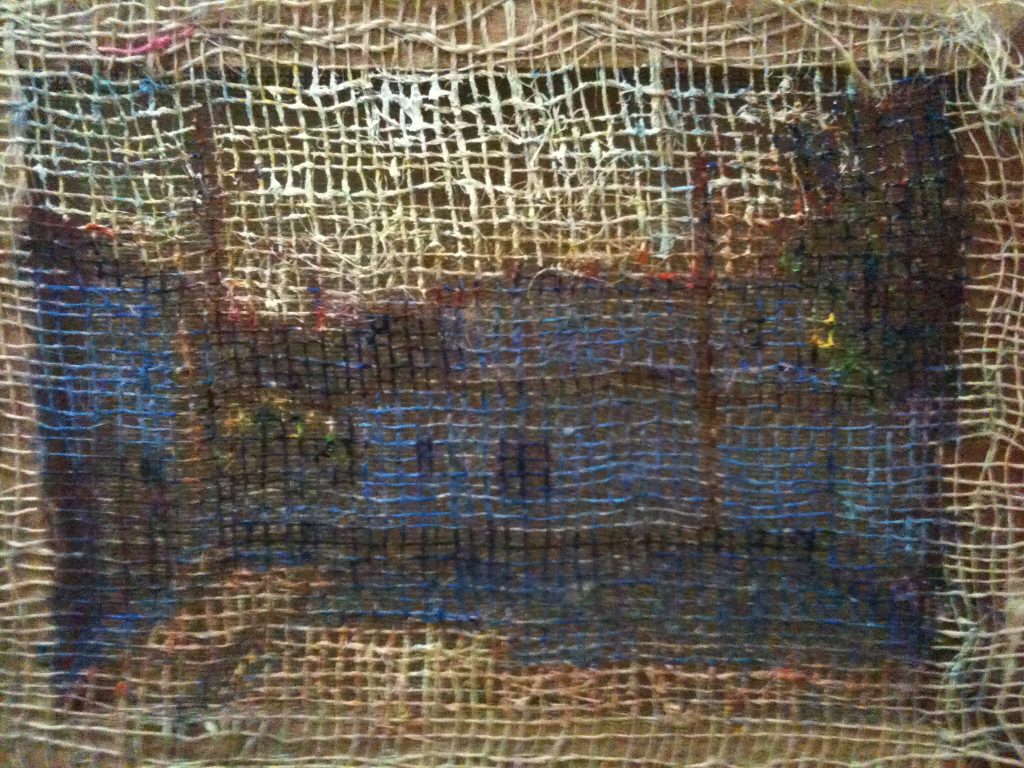 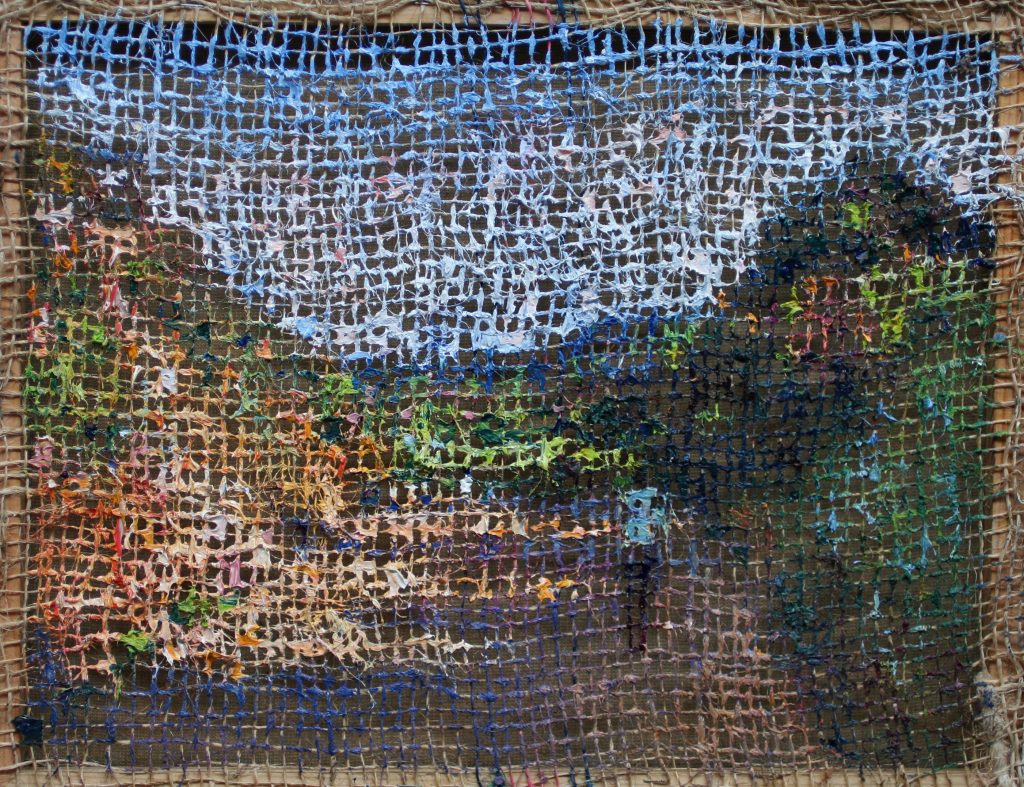 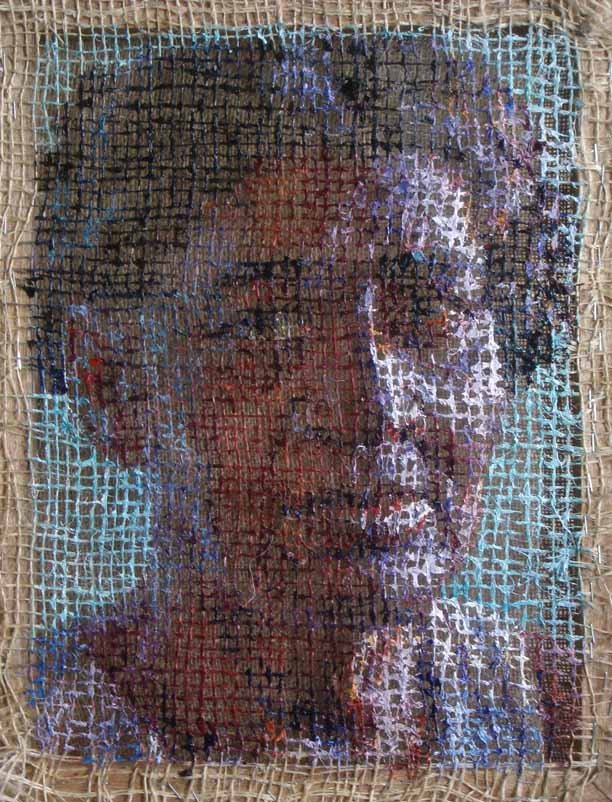 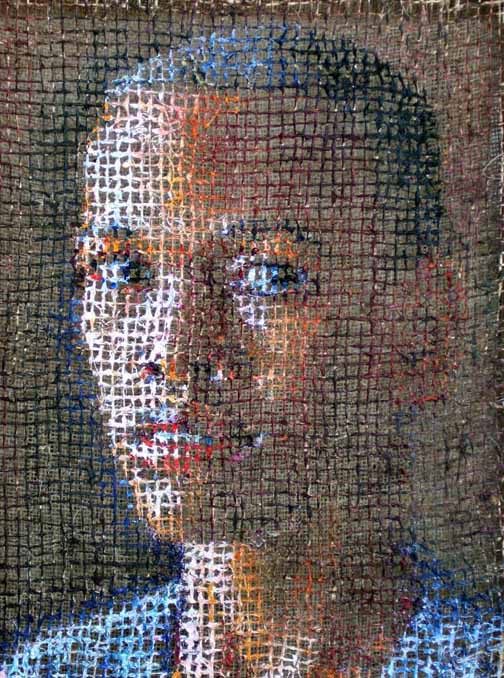 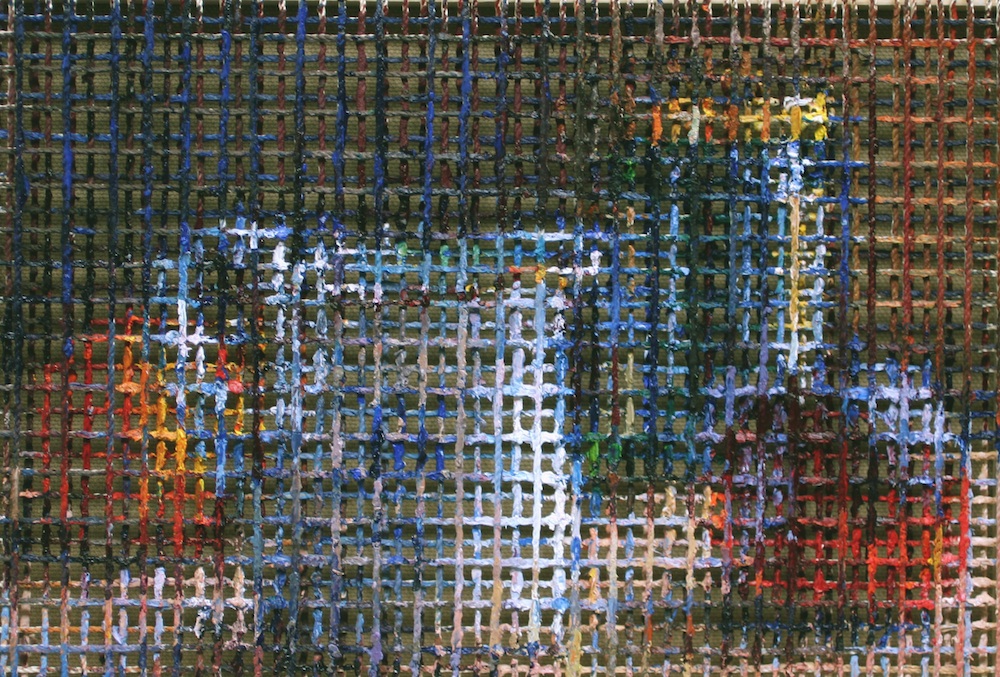 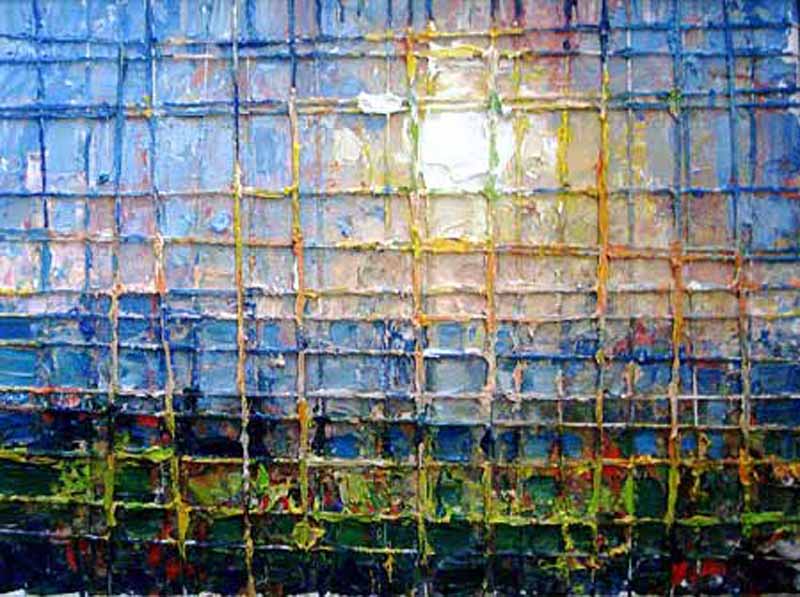 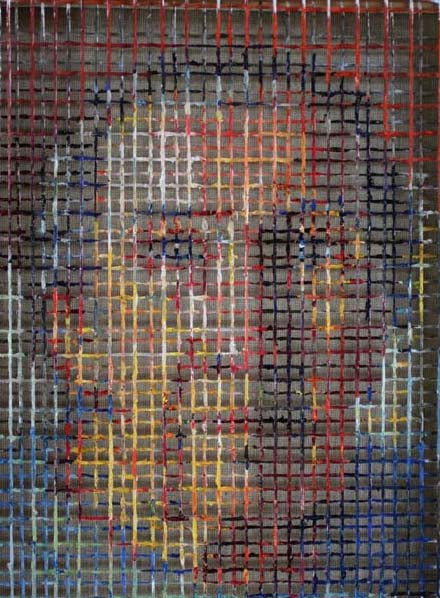 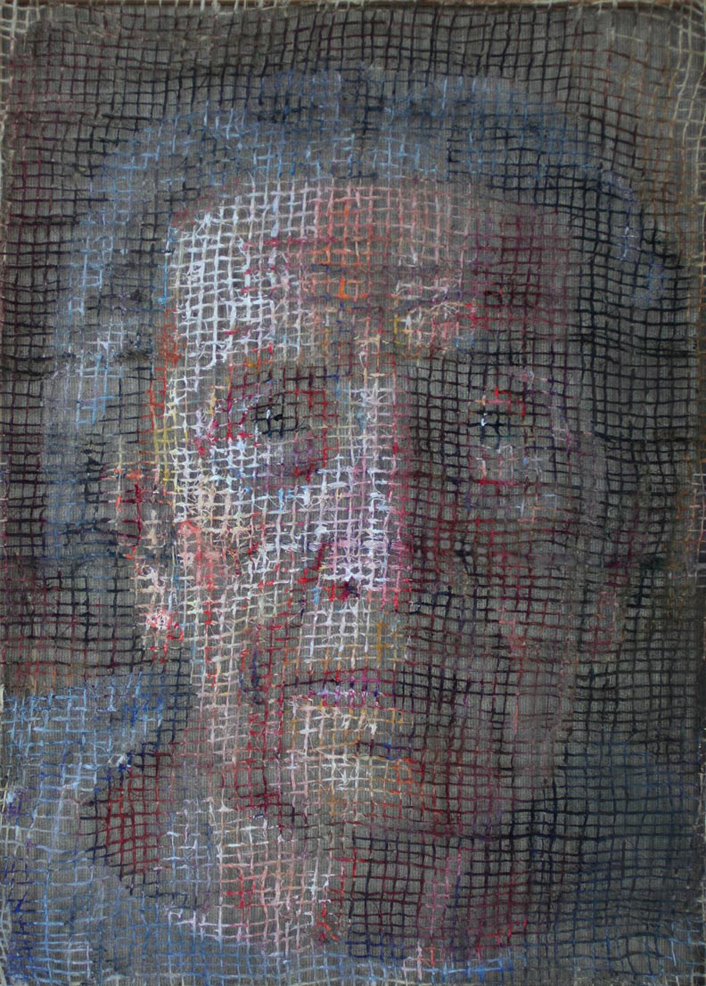 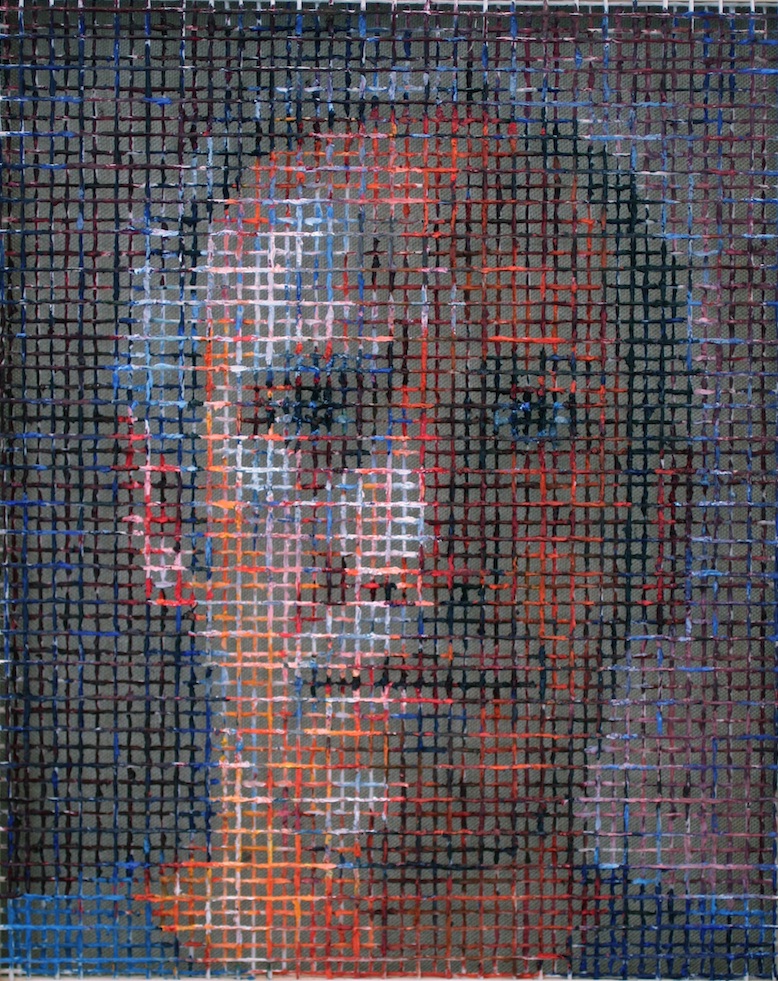 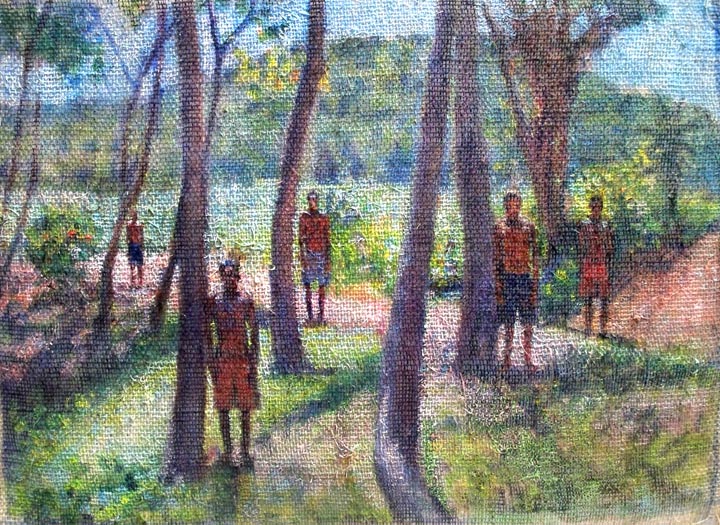 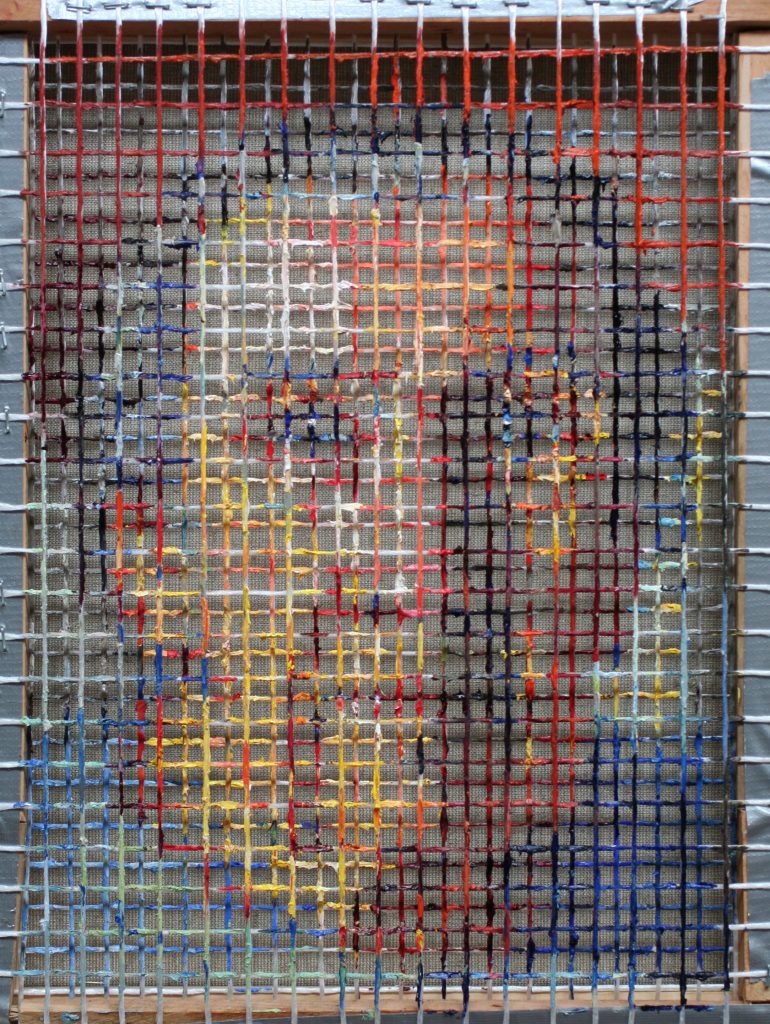 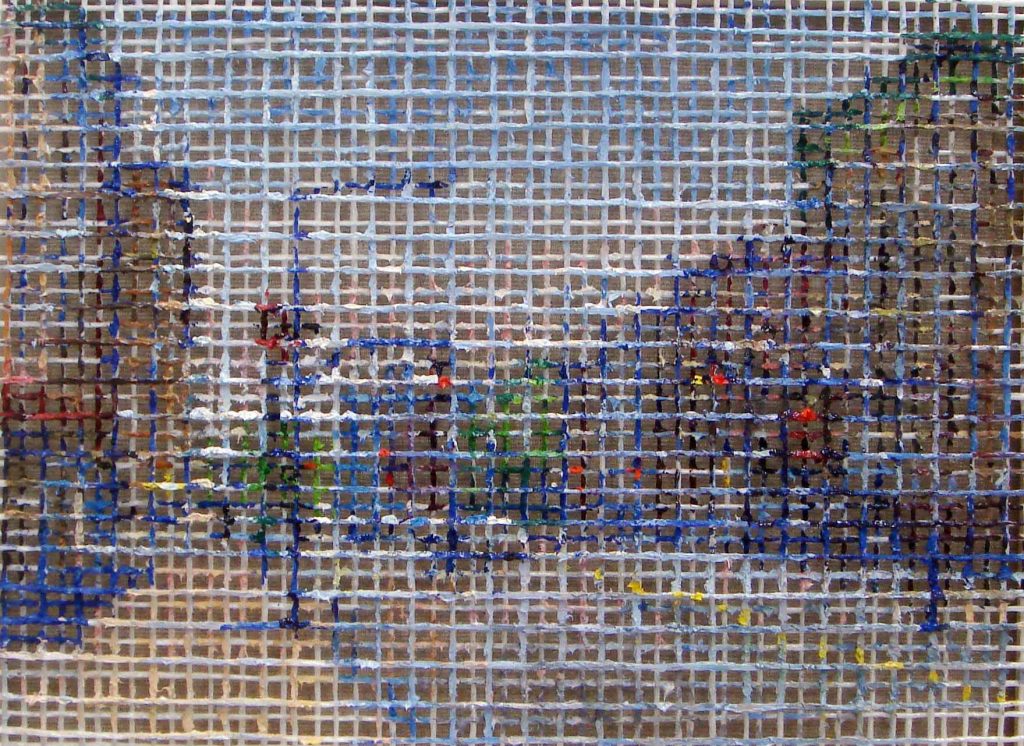 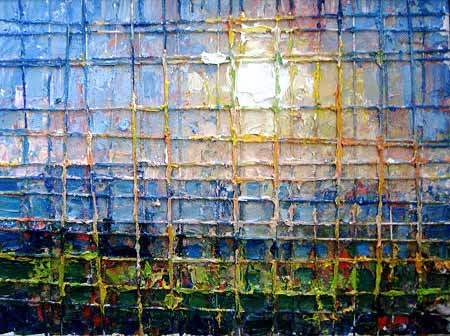 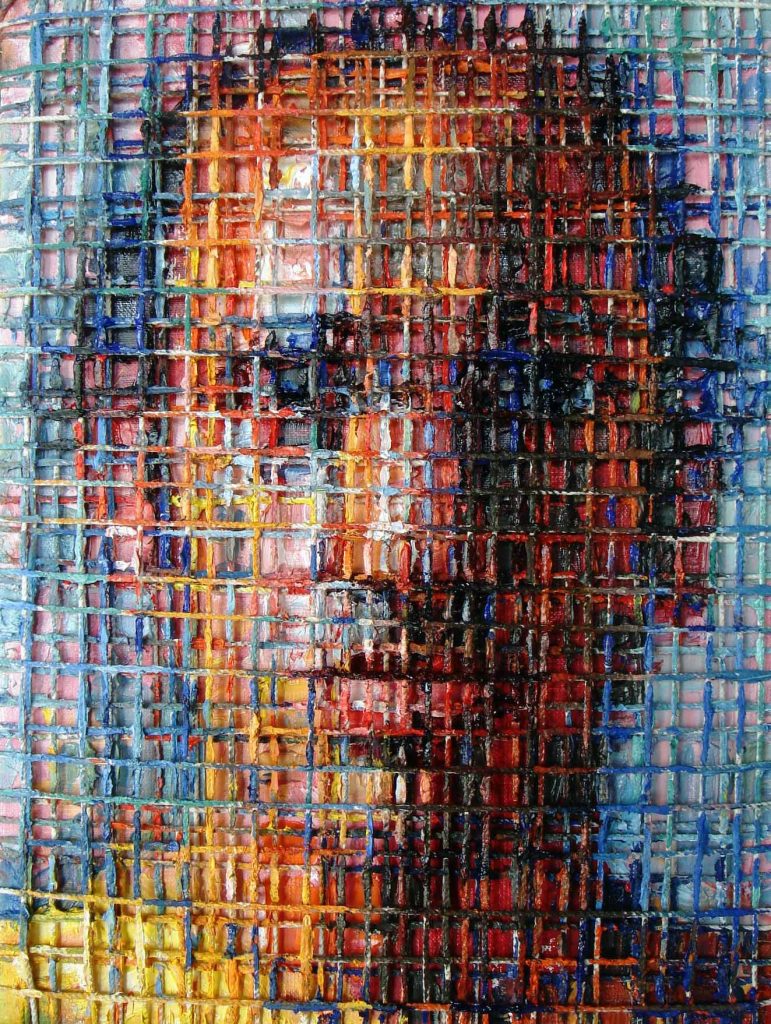 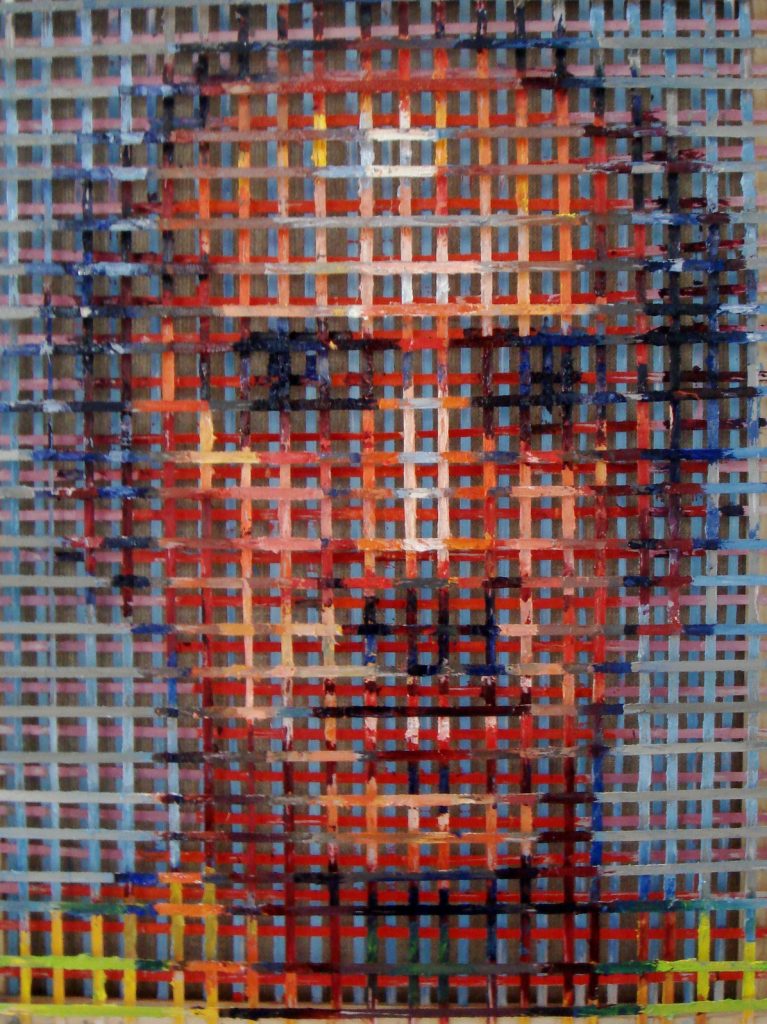 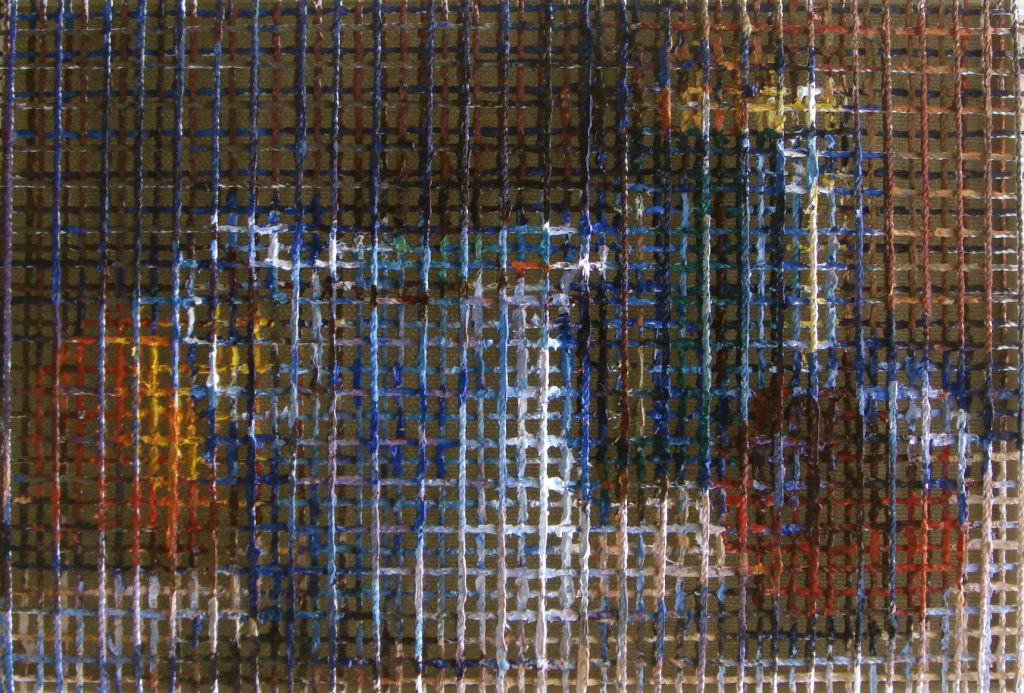 A bit lost, I was driving through Hudson one day, looking, trying to look again to see what I might paint. An afternoon that was stretching out to the point where it looked like I would return home depressed about not doing a thing. I drove past a point I had painted many times before through a wire mesh fence. I looked at that the landscape through that fence again but this time I looked at the fence at the same time..Hmmmm. I thought, that duality of foreground and distance that I always worked with in the new cubism with the edges if paint slabs…and then echoed through the string work. This was nothing new. I had seen this phenonmenon before..but something lit up inside me.. I saw the sunlight that reflected brilliantly off the snowy landscape touch the fence as well. The edges of fence had an emanation quality from the scene behind. I suddenly had a ”what if I..”  thought…

I started wrapping strings around canvas again but this technique was a step further from the earlier string paintings. Painting this way was like reweaving the canvas and painting within the canvas. I tried several ways of working, painting in layers, horizontal and then vertical. I tried separating the layers and working at together at the same time. This became more dimensional and exemplified the phenomenom of having only a single point of view for every scene. You had to stand exactly in one point to see the picture correctly.
Later on, in the desire to get a more natural and organic “spider web” look, I happened upon an interesting material in a South American vegtable market. Potato sacks were made of a strong cactus fiber found in western Venezuela, cocuiza, which was also used to make brandy. The material had a fine base color similiar to some linens and was woven in an organic fashion very suitable to my needs. I covered the material with a rabbit skin glue(the traditional linen priming) and worked on it