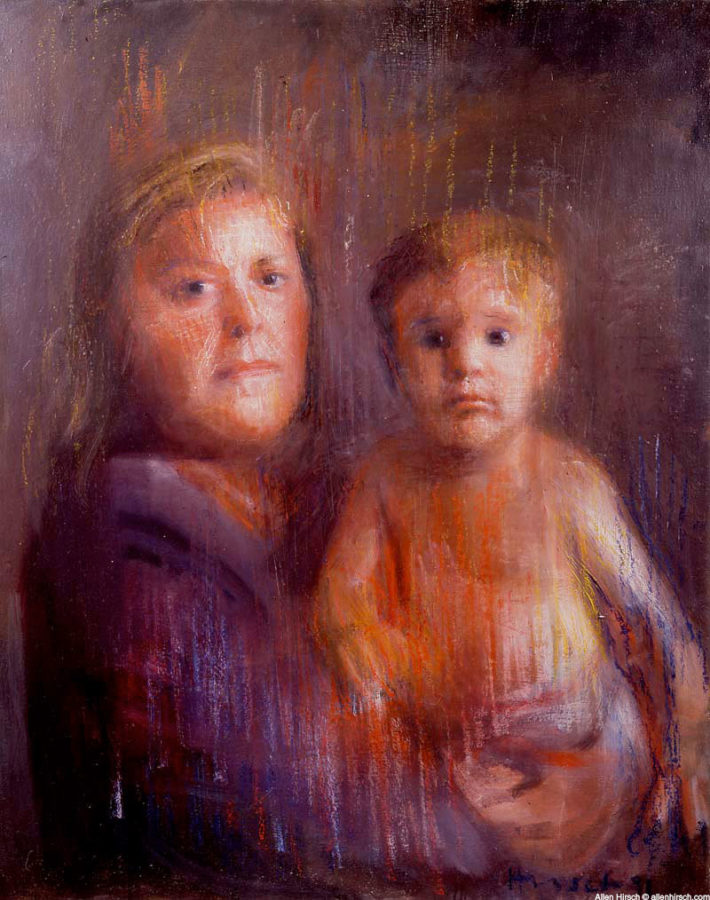 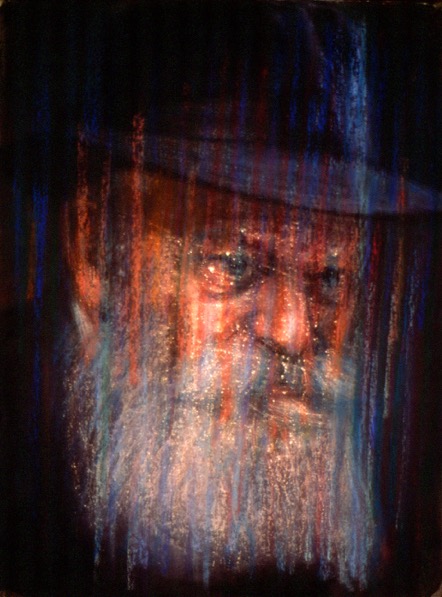 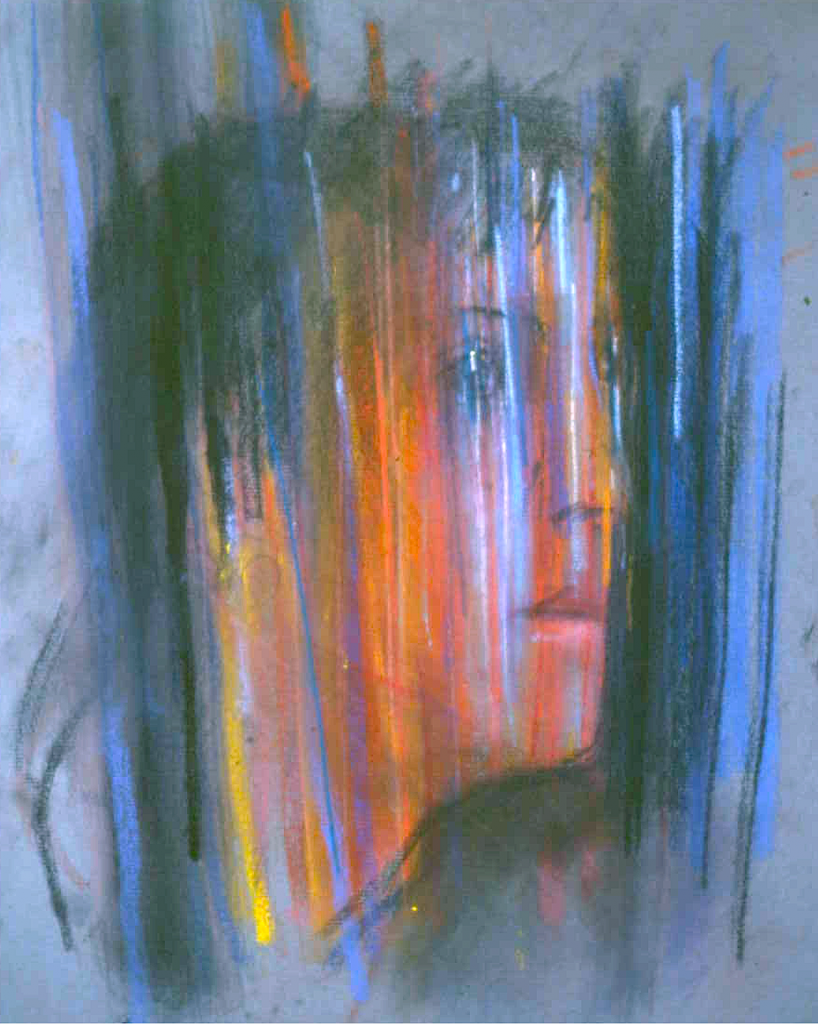 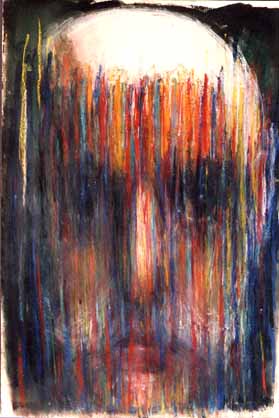 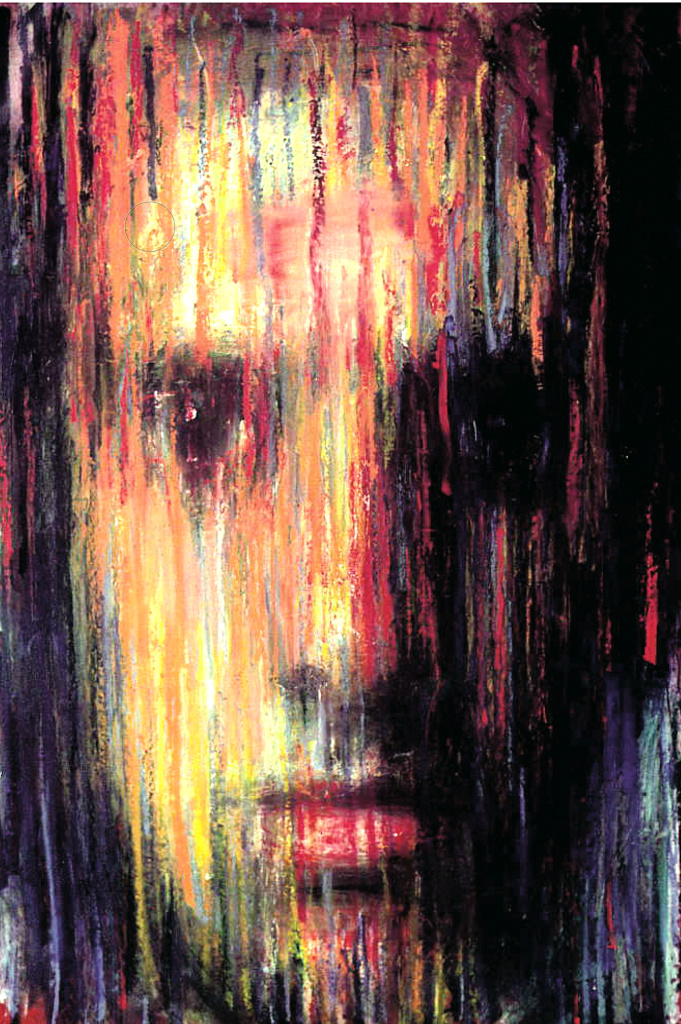 A completely new means of expression started with a portrait commission of a mother and child from the manager of my studio building. I had to work from photos, so I ended up with a Raphaelesque madonna and child composition. I worked it up well and ended up with a decent likeness and rendering. But something wasn’t satisfied. I destroyed it a day later and began working it over again. time passed and I wasn’t getting anywhere. I began to regret destroying it the first time. At this point, I must have worked over it thirty times. I got so frustrated I picked up an oil pastel and began drawing straight par- allel lines over it in a sort of obsessive compulsive way. Making these marks touched a nerve inside, they felt right. this obsessive mark making expressed my personality in a more real and abstract way. I began to use the lines in a spatial way, going in and out of the subject. they became perspectival marks. I reworked the portrait with this new approach and ended up with a much more satisfying result and a new method of work- ing. that’s how a painting should end up- in a new world.

As I followed this approach further, I found it could describe the inner and outer worlds at the same time. the lines could simultaneously be inside and outside the object.