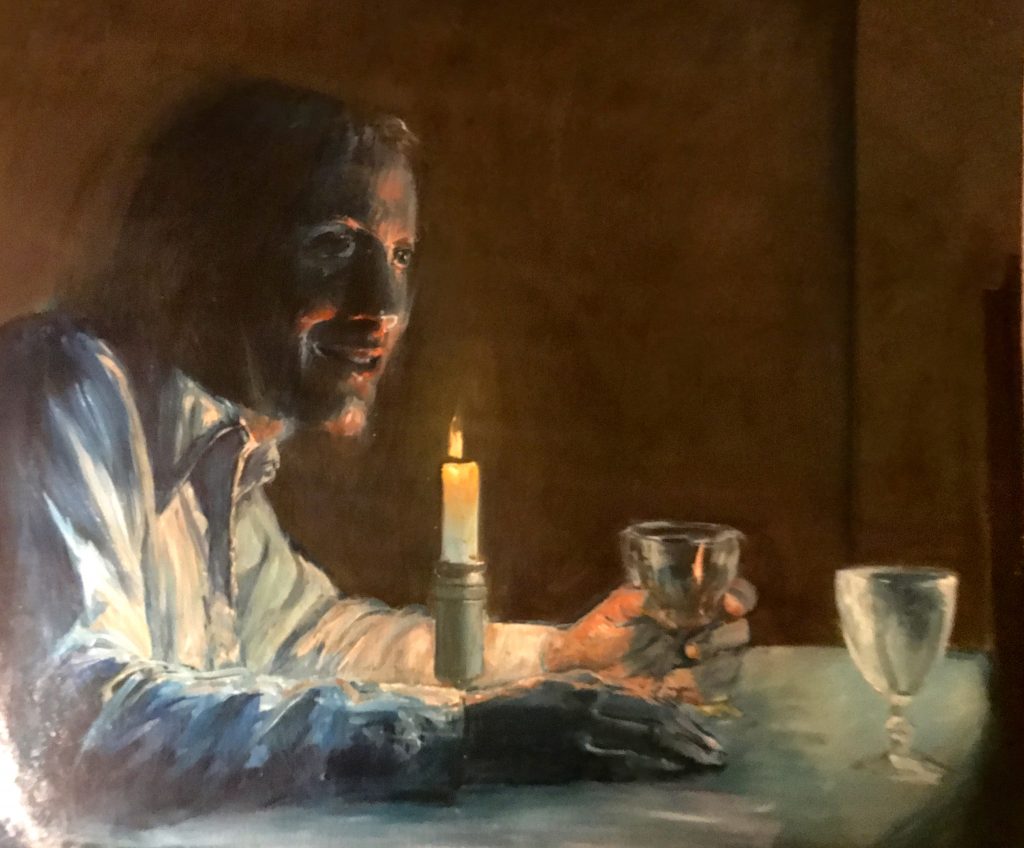 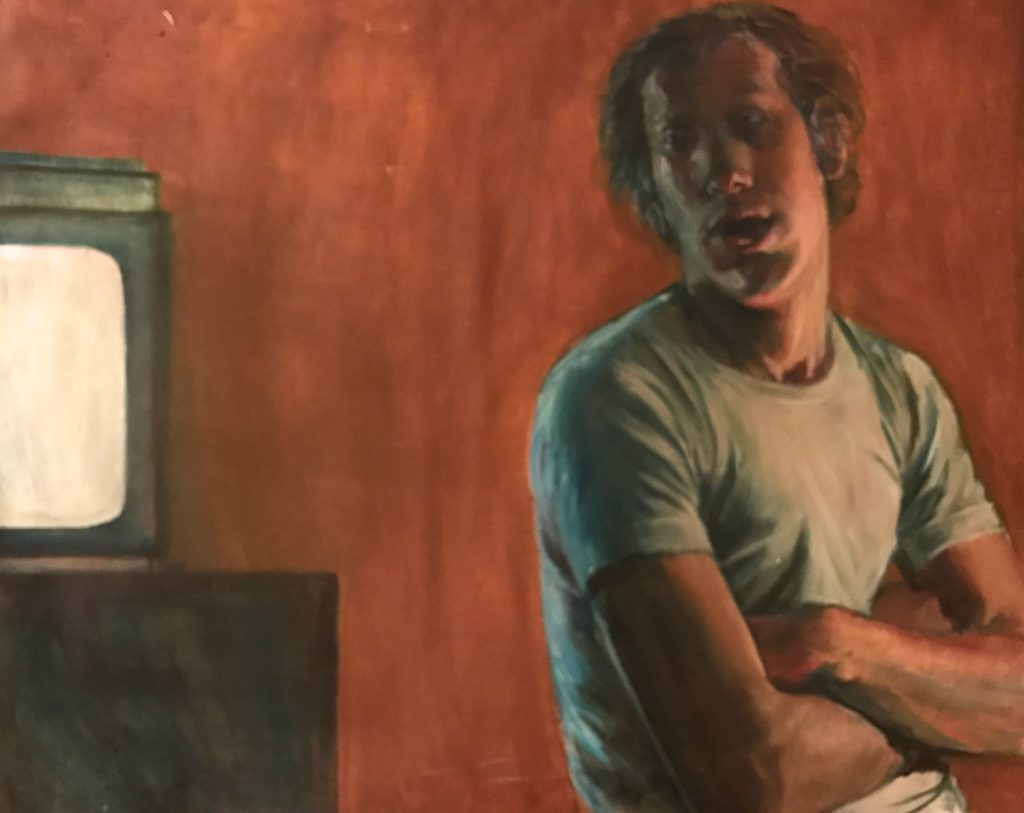 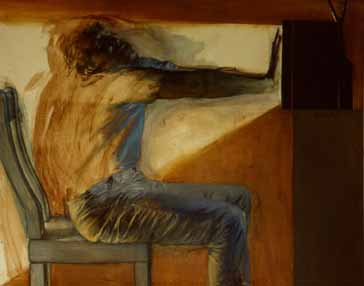 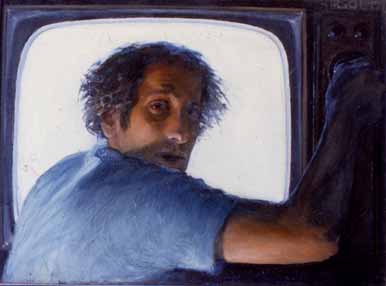 My early life was a series of compulsive obsessions of one thing or another. After Tolkien, it was television. For many years, I was glued to the screen for up to 10 hours a day. I eventually wanted to free myself from its hold as I began to get more serious about my art. The first self–portrait(left) was a visual pun on my habit and identification with TV. When I finally decided that enough was enough, I painted the piece below, commemorating an end to my years of watching TV.